Trials of the Sabertooth residency concept will take place at the U.S. Navy’s Wave Energy Test Site (WETS) in Hawaii and last 20 days. The SeaRAY AOPS and other static assets will remain deployed for six months.

The Sabertooth, owned by Hibbard Inshore, and operated on behalf of C-Power, will repeatedly patrol pre-programmed areas to collect data, before returning to an underwater docking station for cloud upload and battery recharge.

Included in the studies will be seabed analysis, fish densities, infrastructure monitoring and water-column data gathering.

Many sectors will benefit

Many underwater sectors are seen to benefit from this innovative emission-free concept, including marine science and research, defence and security, aquaculture, and offshore energy.

The trials come in partnership with the U.S. Department of Energy’s Water Power Technologies Office, together with the National Renewable Energy Laboratory and the U.S. Navy.

In particular, testing of the SeaRAY AOPS is included in the Navy’s Coastal Trident 2021 program, which is the largest port and maritime security undertaking in the nation.

Operating the Sabertooth will demonstrate that subsea residence enables a sustained presence to secure underwater port infrastructure and its ability to support efforts to protect shipping against underwater explosive devices.

For the trials, the Sabertooth will be equipped with an R2Sonic Sonic 2024 multibeam echosounder, 2G Robotics ULS-500 PRO Laser Scanner and camera, and the ASL AZFP 70,120 & 200 kHz Acoustic Zooplankton Fish Profiler.

The success of the multi-role, 3000m rated Saab Seaeye Sabertooth comes from it being the world’s only roaming and hovering system that can operate in both fully autonomous (AUV) and tethered (ROV) modes, enabling fully flexible dual operations from a single platform.

Hibbard will deploy the Sabertooth for other significant projects this year including research at Lake Michigan by the National Oceanic and Atmospheric Administration (NOAA) concerning the invasive zebra mussel that adversely impacts the U.S. Great Lakes Region at a cost of $500million a year. 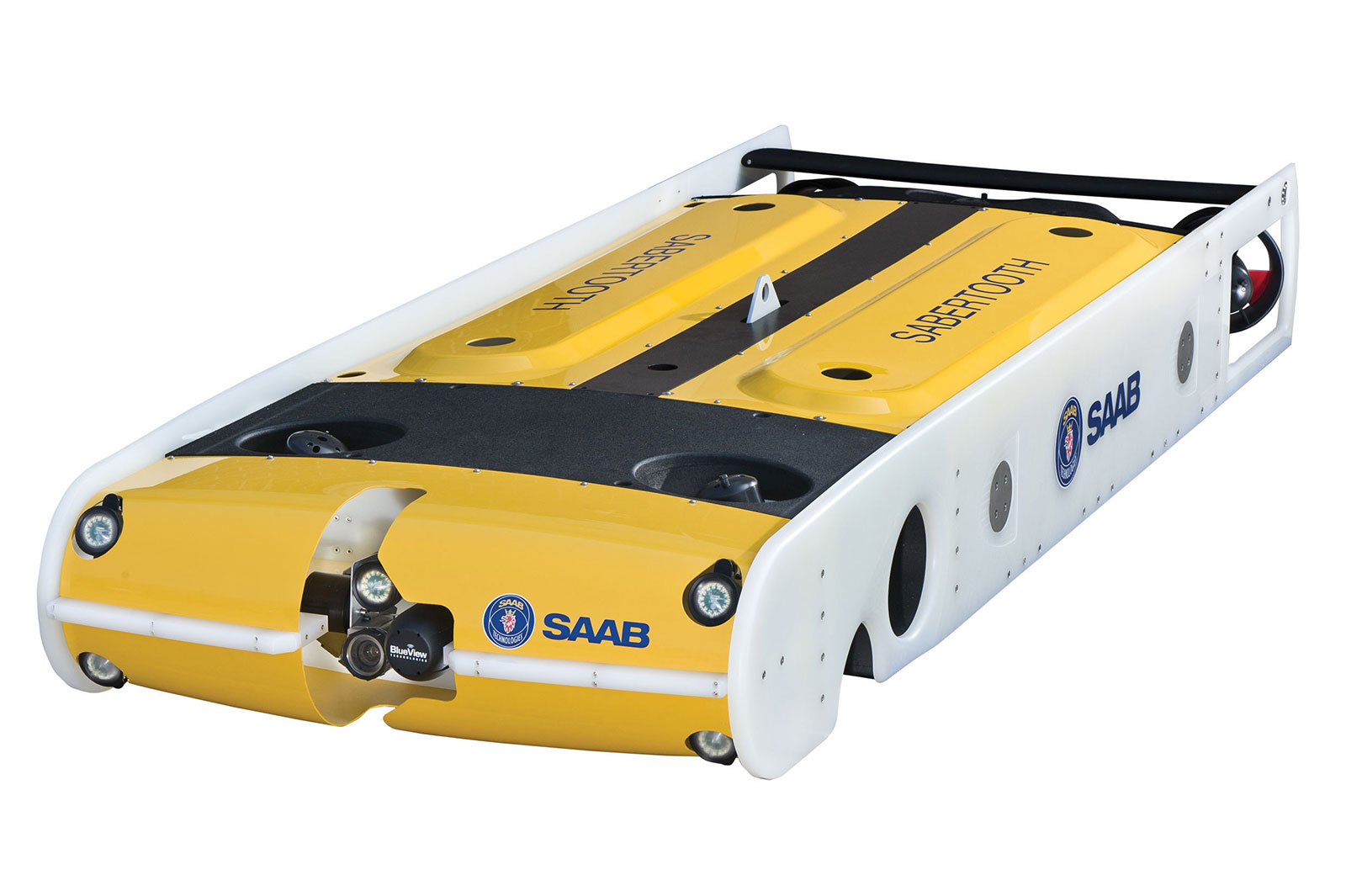 The 3000m rated Saab Seaeye Sabertooth is the world’s only roaming and hovering multi-role vehicle that can operate in both fully autonomous (AUV) and tethered (ROV) modes.

Saab Seaeye is world leader in electric underwater robotics — including ROV, AUV, hybrid systems and tooling — and creator of the revolutionary iCON™ ecosystem.

Hibbard Inshore is a global engineering services company with a premier fleet of ROVs and the expertise and technology necessary to solve the complex challenges of the power, water, sewer, tunnelling and offshore industries.

C-Power is a world leader developing reliable, sustainable, cost- effective energy generation and storage solutions that are easy to transport and deployable anywhere in the world for a wide range of applications in the ocean economy.