SUPERYACHT SUCCESS FOR MARINEGUARD AND FALCON 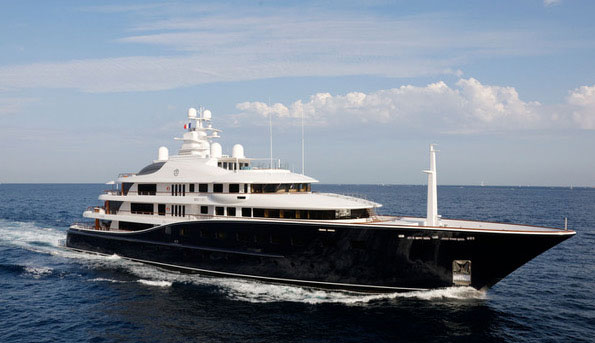 Known for creating a ‘virtual security bubble’ around a yacht, MarineGuard, chose the Falcon as a resource for its reputation as the world’s top rated underwater robotic vehicle in its class.

Their superyacht client was also keen for a Falcon to be part of MarineGuard’s security system.

As superyachts become larger and more technologically sophisticated, MarineGuard see the Falcon, with its intelligent future-flexible control technology, playing an increasing role in the growing world of superyacht security.

For underwater surveillance the Falcon can be fully equipped with advanced video and sensor systems that can integrate into MarineGuard’s security network.

Proven in defence and marine science operations, the Falcon can examine a yacht’s hull, millimetre by millimetre, with its HD cameras, and descend down 1000 metres to explore the seabed below.

As an underwater workhorse the Falcon is fitted with a gripper for recovering items from the seabed, with other tools added as needed. Tools such as rope cutters for severing 15mm rope and 12mm steel wire rope, powerful manipulators and cleaning systems for keeping critical fittings clear.

As the ‘eyes underwater’ for superyacht owners, the Falcon is fitted with high definition cameras and can roam deep underwater transmitting live images direct to stateroom screens on board.

With a reliability record covering thousands of hours of undersea operations, the Falcon’s 20-year success comes from creating a powerful, highly manoeuvrable, multi-tasking, easy to use vehicle, depth rated to 300 and 1000 metres, enhanced with Saab Seaeye’s revolutionary iCON™ future-flexible intelligent control system, all in a handy metre-size package.

In addition to superyachts, MarineGuard’s integrated technology-based security solutions are also deployed for commercial shipping and at offshore installations.