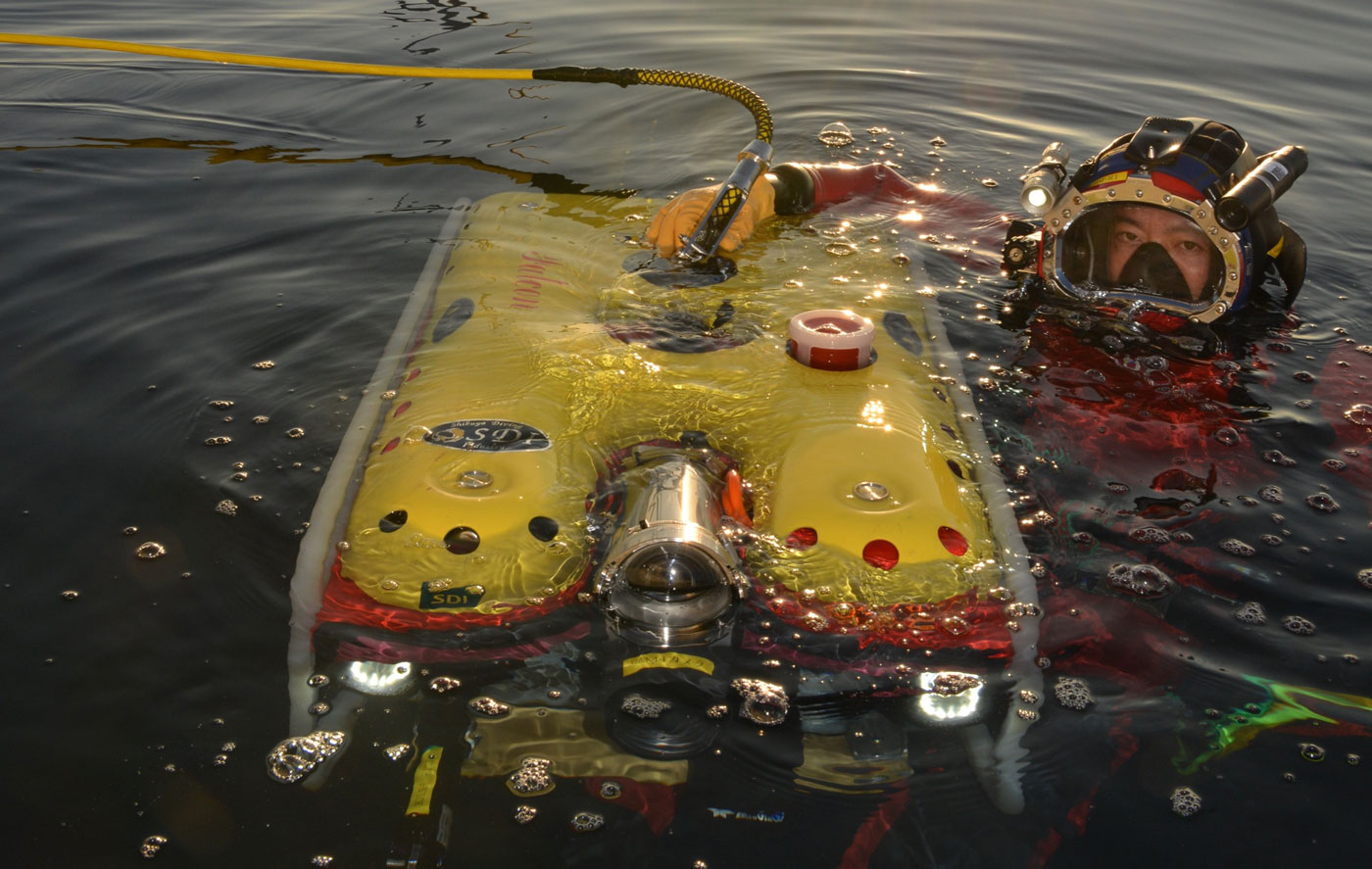 “As a diving company, an underwater robotic vehicle is a vital resource for extending our operational capability and we found the Falcon was the top choice globally amongst diving companies,” says Shibuya.

“To find the best vehicle, we assessed the range on the market and found that the Seaeye Falcon is the most widely used robot in the offshore power generation business with the longest proven reliability record.”

Shibuya mainly deploy the Falcon for floating turbine work as, in a crowded and mountainous country, the search for sites in Japan is going offshore with floating turbines the favoured option in the deep waters off the rugged coast.

Shibuya recognises that robots are best placed to advance the use of floating turbines by confirming the stability of deep mooring anchorages and for carrying out periodic inspections of the floating structures.

For Shibuya, the Falcon’s multi-tasking capability with easy role change makes it an ideal choice. It is also easy to use, highly manoeuvrable and able to master turbulent waters and strong currents and remain stable whilst undertaking robust or precision tasks.

The reliability record of the Falcon, covering over a million hours of undersea operations, working in challenging environments at many different tasks, was particularly reassuring to Shibuya.

The Falcon plays a vital safety role by undertaking missions too hazardous for divers and where the depth of water and strength of current are dangerous for divers to operate, such as surveying fishing grounds and fishing reefs prior to turbine installation — and periodic inspection of mooring anchors and chains.

The addition of the Falcon to diving operations improves diver safety and increase efficiency, Shibuya says, by pinpointing and examining locations of interest before sending down divers.

Also, during the diving operation the Falcon robot can keep a watchful eye — and save dive time by transporting tools and parts back and forth.

Important in Japan’s development of offshore technologies for power generation is maintaining harmony with the natural environment and enabling marine ecosystems and floating turbines to co-exist and promote sustainable fishing.

To this extent, Shibuya is involved in the proliferation of seaweed forests in power generation areas by releasing seaweed seedlings to promote an increase in fishery resources.

They have conducted seaweed bed surveys and regeneration in more than 50 locations throughout Japan.

Shibuya’s Seaeye Falcons continue to play an important role in supporting this important sustainable enterprise as the renewable energy business continues to grow in Japan.

Supporting Shibuya in their acquisition of their additional Falcon was Saab Seaeye’s distributor in Japan, Marimex. 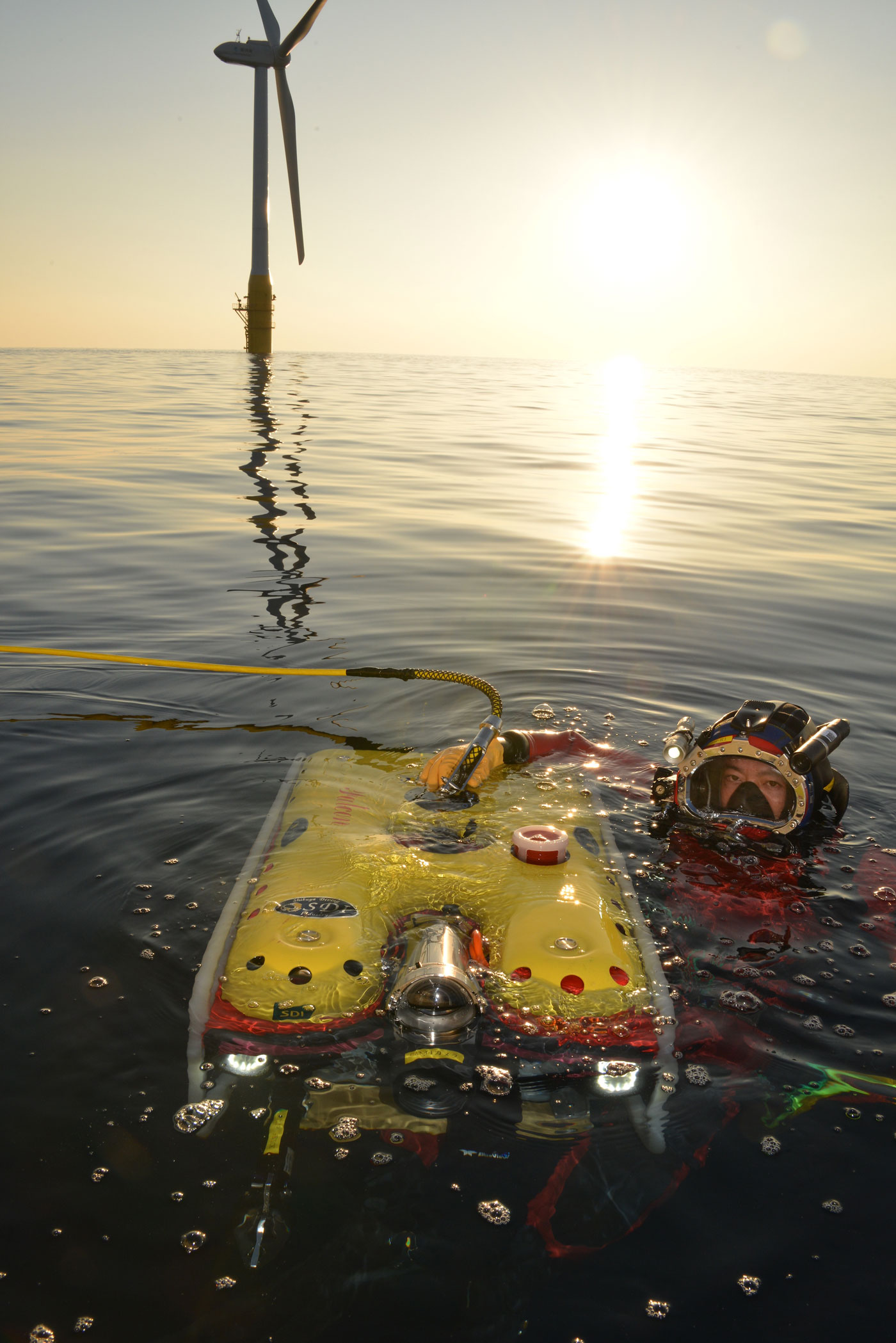 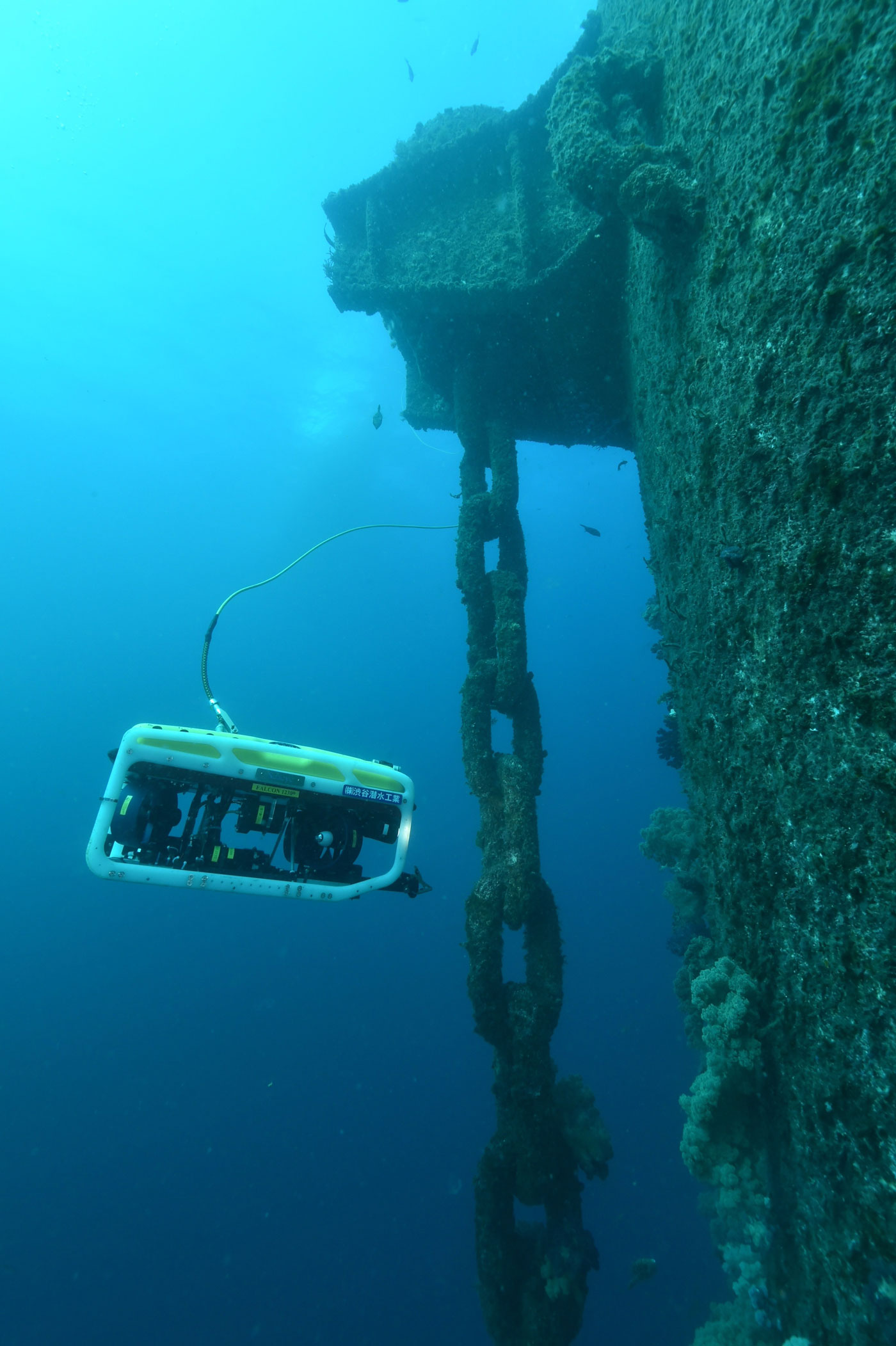